We were so thrilled to have received this review from Mother of two Jade, who published her thoughts on her blog ‘Raising The Rings’

We gave Jade access to the online programme, Ultimate Sleep Solutions so she could try it out at home and tell us what she thought, and here is what Jade said…

‘It’s no secret that Ted hasn’t been as good a sleeper as Toby was. Toby slept 7pm-7am from the first night he went in his own room at 11 weeks. Teddy has always had many more issues sleeping through the night. I’ve been given all the suggestions; he needs more solids during the day, he needs more milk, try offering him a dream feed, take his dummy away. Pah. Look, the long and short of it is that every child is different and they’ll basically sleep through when they’re ready.

However, due to my lack of sleep I’ve been trying anything and looking everywhere for a solution. I think Teddy is just naturally more in need of attention than Toby ever was, even when he’s playing he will always look round to check if you’re still there. He cries if he sees you go upstairs or leave out the front door. I sometimes wonder whether this is to do with my caesarean. Toby was obviously very ready to come out as I went into labour naturally, but when I went in for my section with Ted the bottom of my womb was still really thick and he wasn’t ready to come out, so I’m convinced that he still feels that that attachment was broken before he was ready.

I had been posting on Twitter asking for advice where I had spoken to several sleep experts and, after their suggestions, I had to just kind of mix and match the advice. However, this didn’t seem to be working either. When I was approached to ask if I wanted to review Lucy Shrimpton’s “The Sleep Nanny’s” Ultimate Sleep Solutions online programme, I don’t think it could’ve come at a better time. Teddy had been having one of the worst week’s sleep possible, which is about the same time that Jamie said he didn’t want any more children and I just felt we needed all the help we could get. 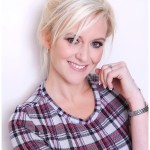 Made up of seven modules that run from infants right through to pre-schoolers Lucy’s online programme offers a clear and concise approach depending on the child’s age and stage. The modules are split into units and each unit has a video along with a PDF on what the unit is about. Module 1, unit 1 for example features Lucy talking about secure attachment but everything she talks about is reinforced in the PDF. These PDFs are downloadable which is super handy if you want to keep something accessible.

Lucy is a wife and a mother of two so she’s definitely got some hands on experience at implementing her techniques. She’s also a best selling author and certified sleep consultant who helps tired parents to get their children sleeping through the night, taking appropriate daytime naps and preventing over-tiredness. Which is exactly what was happening with Teddy!

Lucy, The Sleep Nanny, offers newborn sleep shaping solutions and coping strategies for parents as well as tailored sleep programmes for baby sleep, toddler sleep and preschooler sleep because there really is no need for ‘cry it out’ or confused attempts at controlled crying. Lucy uses the most gentle, evidence based and effective approaches to sleep training, matched to your individual child. 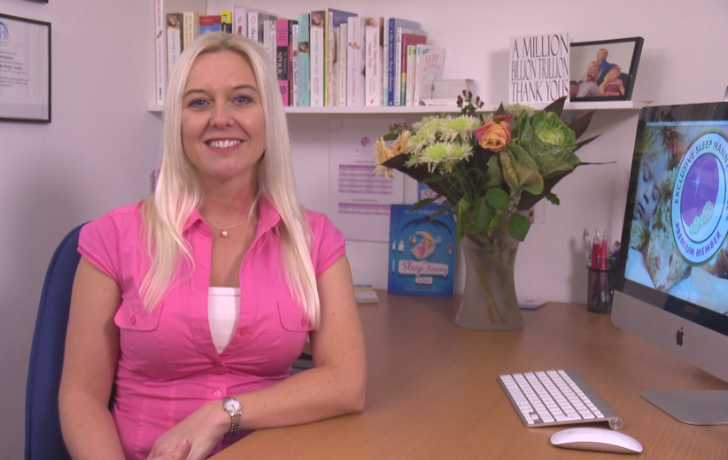 I love that Lucy is so softly spoken throughout her videos. She isn’t talking at you and it doesn’t come across as patronising. The tone is just right and it feels like she really is there to do her best to help you. While the PDFs are great on their own, I think it’s always nice to just have that little bit more information or a further explanation on some of the finer points of the unit you’re currently looking at.

I actually started further down than the infant sleep and went straight in at module 4. Ted was coming to the end of this section but I wanted to reassure myself that I had been doing all I could have done within that module before moving on, and if I hadn’t, that there were steps I could take to help prepare him for the next module. If anything it just gave me a bit more background knowledge and information on previous months too.

After spending a whole night, after the boys had gone to bed, sitting down and actually going through a lot of the modules, I was ready to implement some of Lucy’s tips and techniques. The TV has been going off earlier so the light doesn’t affect them in the run up to bedtime, and we’ve used that time to read more books. We’ve also reduced Ted’s naps to one a day. This was probably the most difficult part of the puzzle. Ted had been having two naps a day, one in the morning, say 2 hours after he’d woken up and then one very late one in the afternoon. I have felt so guilty keeping him up until after lunch because he turns into a wild little grump, but after a few days he seemed to have gone through the night.

I knew it was nothing to do with his food, or needing milk, but clearly just a shift in routine was all he needed. Ted now has one nap a day, around 12.30 and for the last couple of weeks has been sleeping through from 7pm til around 8am, which is way beyond my wildest dreams. I literally thought he’d never sleep until he was a teenager!

Don’t get me wrong, it hasn’t been plain sailing and he does still have the odd night where he’s been up but I now put that down to his teething, or not feeling well, as we’ve had a bit of a bug going round the house, but without a doubt without this programme I still think we’d be stuck in this rut of no sleep and getting up 10 times a night.

The problem I now have is Toby waking up at the crack of dawn (yep, we’re talking 5am), so we’re working on him at the moment. Isn’t it typical that as soon as you get one kiddo sorted, the other starts playing up? Eek!

https://youtu.be/7OGW7GhXCX0 In this blog I am talking all about the early-rising child. The previous 3 have been focused on how to spot where the overtiredness...
June 28, 2022 Read more