The focus for this blog is why does my baby wake so early? Why, why, why, why, why, why? I know what it feels like myself because when my eldest was little, this was a big problem for me, in fact he’s a little bit wired that way. So I know firsthand what you’re going through if you have an early riser on your hands.

In this blog I’m going to go through everything to explain why this happens, to give you the insight and ability to overcome this problem once and for all.

Starting at the beginning, why does your baby wake so early in the morning?

When I say early, I’m talking pre 6:00 AM. In our general culture that we live in, where people work a nine-to-five job, we have our school hours etc, we’re talking 6am or beyond is actually perfectly acceptable. I know some people might not like to hear that.

If your little one is doing that, then the reason is they are overtired. Now, think about that for a minute. They’re overtired, so they’re waking early? Makes no sense, does it? You’d think they’re overtired, they’re tired. They need to sleep in. They need to sleep longer. That’s what you would think. But like most things with sleep, it’s completely counterintuitive, which is why our lovely instincts and intuition when it comes to this, lets us down because what actually is going to work for a little one’s sleep is usually counterintuitive. And that’s why it’s the hottest topic among parents.

So yes, early wakings are caused by being overtired. It’s to do with how it reacts in the body and how over tiredness creates actually a bigger influx of hormones that actually keep you going and keep you stimulated. And that’s why we wake up more.

You may have had this yourself when, if you’ve been traveling, maybe long haul and multiple countries and you’ve got to an airport and you’re like, “Oh my God, I just need to sleep.” But you can’t. And I’ve got to get that next flight and you power on and you power on. And then all of a sudden you feel, “I’m not tired anymore.” And you haven’t slept, but you’re thinking, “I’m over it. I don’t even feel tired anymore.” That’s because your body has released these hormones to keep you going and you push past that tired window and you’re actually overtired, but you feel wired. Little ones will often do this. They will zone out to sleep. They will have a certain amount of sleep, but then they’re awake and they can find themselves awake and wired because they’re overtired.

But why? Where’s this overtiredness coming from? That’s the first thing you need to look at.

I want to run through a few examples for you right now, so that you can start to understand, why is my little one overtired because it might not be obvious. Sometimes it is, but sometimes it isn’t.

First of all, let’s look at naps. How many naps a day did your little one ought to be having? And for how long should each nap be? Because sometimes you might think they’re napping a lot, but actually they’re napping very short like cat naps, so the quality of the nap isn’t great. So it’s about the length and the quality. Also, motion naps, so naps that are induced by motion or kept going by motion can often, not always, but often be less of a quality nap as well because they going into deep sleep and it’s like the motion is just keeping them down and keeping them dozing.
Like when you nod off in a car or on a plane, as a passenger. You do that whole head thing and it’s like, you’re sleeping, but you’re in quite a light sleep. A motion nap could be causing light sleep for little one. It could be that the nap’s too short and poor quality. So napping, generally, are they getting enough? Most little ones are not and if you’re unsure, then reach out to us because we have a sleep needs guide. There’s one in my book as well. If you want to get your hands on that and it will give you a pretty good ballpark as to where you ought to be with those naps.

The other one could be that bedtime’s too late or inconsistent, moving around all over the place. And that’s another thing that people do when they are focusing too heavily on wake windows is they allow bedtime to just be all over the place instead of anchoring in a set time that is consistent every evening, which really helps little one’s body clock.

There’s one more thing it could be. There’s one more place that, if you’ve checked all of that off and everything is textbook. And you’re wondering, “But how is my little one overtired? Then and only then it could be that they’ve gone into such a habit with this early wake-up that it’s the early waking itself that’s causing this overtiredness.
Just to recap those for you. So maybe then you can have a think and spot, why, where is this overtiredness coming from?
Is it the naps? Not enough nap, too short naps that they’re not recycling for, or poor quality naps?
Is it the wake windows? Are they the right length, too long, too short, like timing? Timing’s a big piece of this.
Is it bedtime and that it’s too late or that it’s inconsistent each night?
Or is it the early waking itself, cutting their sleep short and meaning that they’re overtired before they even start the day?

The answer here is to find it. Once you find it, then you can fix it. Right now, your homework is to go look at where the overtiredness is coming from, and then you are ready to tackle and overcome the early waking.

Let’s get you all sleeping soundly.

Thanks so much for watching. If you’ve liked anything about this article, then please leave a comment. If any of your friends would benefit from seeing this video, then please do share it with them using #thesleepnanny.

You can book a free discovery call with one of our Sleep Coaches here: 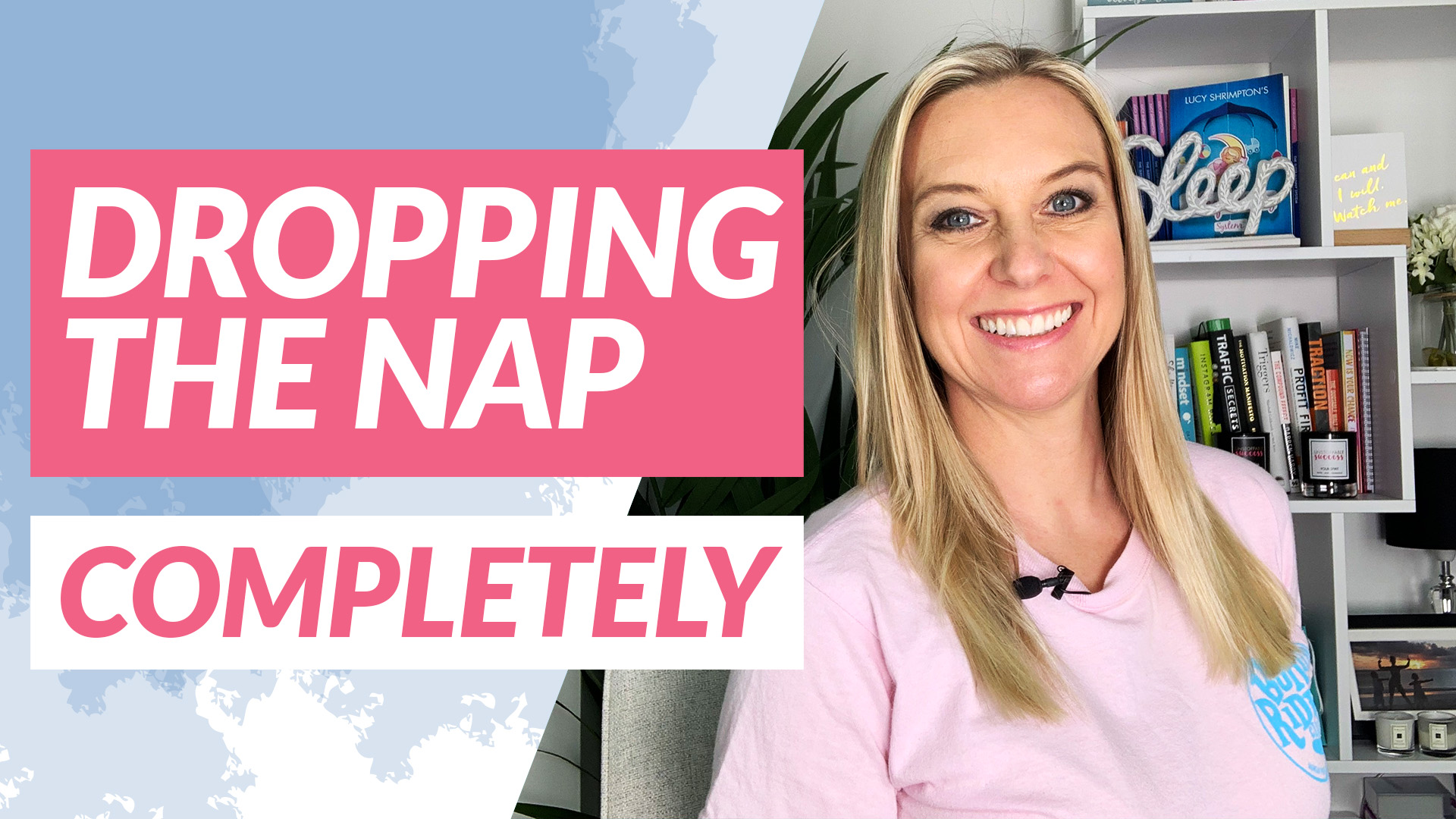